Statistics and population in Nueva Andalucia 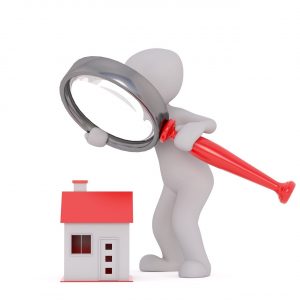 The Nueva Andalucia as district with an area of 8.7 km2 is well known for the luxurious villas, several golf courses and nightlife at places light Mosh and Mogli.

This is also the most popular area for Scandinavians to buy a winter house, permanent home or their apartment. The area is very popular among the Swedes as the houses often have an open floor plan, modern designs, Swedish schools, restaurants and not one, but two different Swedish grocery stores. The close proximity to the beach, outdoor life in the mountains and good quality hospitals is also appreciated by the Swedish community.

Statistics of foreigners and Swedish people

The total number of registered foreigners in Malaga was 270 206 per year 2020, i.e. the Swedish people make up about 2.43% of all the foreigners in the region. However, according to recent statistics 13% of all properties sold in the Malaga region are bought by Swedes. The registered population of the whole of Nueva Andalucia is 19 790 people. The estimate with the above statistics applied, would mean that in Nueva Andalucia there are more than 2500 Swedes. Not all of them are living in the area permanently.

Why is Nueva Andalucia a popular location for Swedes buying properties?

One explanation to the huge increase in buying properties in Spain, Marbella and especially Nueva Andalucia is that people in Sweden are getting richer and can thereby afford a second home. Sweden had the second biggest rise in Ultra High Net Worth (UHNW) individuals during 2020. These are individuals with a wealth of more than 30 million dollars. That was an increase of 11%.

Properties in Sweden are expensive in general and finding a second home in Marbella could be cheaper, and comes with a great number of days with sunshine in the Costa del Sol (300-320 days per year). Complete dry days has been measured to be 259 days in Marbella, Nueva Andalucía and San Pedro de Alcantara.

People in Sweden can work remotely to a larger extent, especially post Corona. This also means that they more and more often have the opportunity to continue working abroad, based anywhere, so why not in a sunny place like Marbella?

More and more big Swedish influensers have moved to Marbella or rented for a limited time. Promoting the Marbella life style to all their followers back in Sweden. This creates a huge interest in Costa del Sol and Marbella specifically, both among younger people and entrepreneurs seeing the lifestyle available.